Architecting the SDDC with HCI 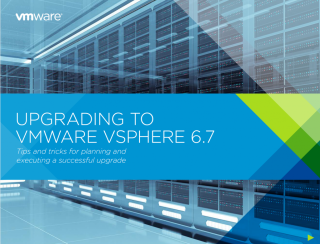 As part of my job, i meet infrastructure architect’s all the time and this helps me to understand their business problems and provide them with solutions which can make their lives easier.

My discussion topic with him was around “hyper-converged” architecture, post listening to my presentation we sat down for a cup of tea and he asked me “What is your favorite movie” and i promptly replied “300”. He smiled and said that well then i am “Xerxes” and i am not going to buy “Hyper-Converged”, i didn’t want to counter him at that point but as “Leonidas” (though my pot belly stares out in oblivion and breaks the dream version of my own self) i was not going to give up easily and the following are some of the discussion points:

I rested my case in front of the customer and he gave us the opportunity to showcase the features and we took the conversation ahead and eventually won.

In short Hyper-Converged environments make a decent choice for your infrastructure and make it more scalable, agile and cost-efficient.

So the next time anyone casts doubts around Hyper converged imagine yourself as a Spartan and begin by saying “This is Sparta” in your mind (just kidding).

Happy reading guys feel free to brickbat us with your comments and we will be more than happy to take the conversation further.

and for the special someone who follows all blogs that we write remember “VSAN has only one datastore”.

One of the disadvantages of living in a nuclear family is the fact that we tend to celebrate a very few festivals with great zeal, One of the few festivals which we celebrate is “Navmi”, the day marks the end of “Navratri” and is primarily celebrated at my home because of the fact that my kids love “Halwa” (the customary Indian dish made of  semolina flour, Ok I confess I like it as well :)).

It’s a simple ceremony that just requires us to gather 9 young girls and serve them with a generous helping of Puri, Semolina and Black Gram. The only glitch in the whole celebration is the fact that since there is no holiday the kids and I have to make sure we get up early and march on the orders of “Lady of the House”.

My wife is devout and had already announced that she would gather young girls of the watchman, the driver, the maid, the sabjiwala, the milkman and every one of the people with a low-income source. This has always been her way of showering gifts on the “Not so lucky” kids. I know these kids well and have often spotted them in and around their parents loitering around the gated community we inhabit.

The kids were a noisy bunch and sat quickly in a line and the ritual started, the first part was washing their feet with “Rose Infused Water”, as soon as I sprinkled water on their feet and tried wiping them with a towel I realized that their feet were very rough as compared to my kids of the same age. As soon as I handed them the Puri’s I couldn’t help but realized that their hands were equally jagged. I realized that somehow these kids were grown-ups in their own right, everything always happened right in front of my own pair of eyes and I always looked the other way, I had often seen these kids help their parents from a very young age. The age when they should be playing incessantly and have a good time, they were playing the role of responsible adults.

As always I was getting late for work, I picked up my laptop bag and pushed the keys into the ignition, my mind kept of wandering and I repeated myself no matter how much moisturizing cream they apply on their feet they will never be able to get the god gifted texture to their feet, on the other hand, our kids will always be the privileged lot who would be able to study and prosper in the safe environs of our air-conditioned homes. Since it was a long journey to Gurgaon I wondered the real solution dint lay in the moisturizing cream but in moisturizing our minds with a little more compassion and love for all these kids around.

The love shouldn’t be limited to “Navmi” but should be extended to all days. So the next time you meet the same kids around take a break and ask for their well being and extend help wherever and whenever you can contribute. I’m sure most of us are busy and do not have the luxury of giving time every day but an hour every week will go a long week in creating a difference. I’ve pledged to give an hour every week and find out people around who can help these kids in whatever way we can.

Fourteen summers ago when I started my career and when I took the first step inside a datacenter, I felt like a child who has landed on foreign shores and is unable to comprehend the local dialect. People used to talk in a language which was so alien me words like DataStores, LUN, SAN, NAS, Fabric, SAN controller, Hard zoning, Soft zoning etc flew from all directions and I would just gape in awe at seniors in my team (@Puneet Arora hope you are reading this one) as I wrestled through weeds of my thoughts around “Storage”.

We all have come a long way since that time and thankfully we are in an age where everything is governed by Software. Software Defined Storage comes in a lot of flavors VMware VSAN (my current favorite), Cisco Hyperflex, HP Simplivity, and last but not the least Nutanix. looking at the current lot it’s actually clear that all erstwhile storage vendors such as EMC, Netapp, HP etc want to enter the arena and have started coming up with products which can easily be called “Software Defined Storage” solutions.

In my opinion “Software Defined Storage”  is policy-based provisioning and management of data storage independent of the underlying hardware. now this simple definition has created a lot of contention amongst all vendors and everyone tries to add a new context and meaning to the above, however, i will like to bring out some of the use cases/ traits for “Software Defined Storage” aka SDS:

A true SDS or HCI (hyper-converged infrastructure) brings a lot of value to any organization, you can literally be ready to use the system post racking and stacking in less than 40 minutes but in order to achieve such hyper speeds you need to invest time in planning, remember the old granny teachings:

“Make hay while the sun shines”

Anyone and everyone  who has ever worked in a VDI (read Horizon/ Citrix) environment will tell you they have had sleepless nights thinking about “Performance” issues that they might hear from users, Most of the performance issues are teething problems that many admins hear all the time, In fact in our own experience many of the performance issues are more due to “Perception” which has plagued this wonderful technology since its inception.

Industry verticals such as “Oil & Gas”, “Media and Entertainment” are now days using VDI for 3D (read GPU intensive) workloads, With advent of HCI (Hyper-converged Infrastructure) its common to see VDI being configured on HCI systems. Configuring a NVIDIA Card can be tricky and can pose some issues in case not properly.

If you have got NVIDIA Tesla M10 on your VxRAIL Appliances and also running vSphere 6.5 and need some info configuring it you are at the right place.

Hopefully, you have your NVIDIA licensing in place if you are doing this. The Nvidia user portal is the pace where you can download the vib files for vSphere and other platforms well.

When you log in to your vCenter you will see something like this out of the box, however, you will still have to install the NVIDIA drivers, aka (NVIDIA Virtual GPU Manager for VMware vSphere) (vibs) to get this going.

As a VIB file, which must be copied to the ESXi host and then installed, SCP the vib file to your vSan Datastore in a folder of your choice, I created a folder by the name of NVIDIA to keep it clean.

Before proceeding with the vGPU Manager installation make sure that all VMs are powered off and the ESXi host is placed in maintenance mode.

To install the vGPU Manager VIB you need to access the ESXi host via the ESXi Shell or SSH.

Use the esxcli command to install the vGPU Manager package.

Make sure you type the command with the full directory path

Once your host is rebooted SSH into the host and run

You should see output something like this, if you do you are all set and ready to

If nvidia-smi fails to report the expected output for all the NVIDIA GPUs in your system and if you see and error, which I did

Boot into the BIOS of your Dell server/VXRAIL appliance

When it’s done you should see the memory section populated 7.98 GB in my case, which was earlier showing 0

and VOILA its configured.

Gone are the days when customers used to ask “Why should i Virtualize”, a lot of companies (Read VMware/Microsoft/ Oracle/Red Hat) have invested considerable time and energy to explain the benefits that a customer would derive out of “Virtualization”. One of the benefits of being in Sales/ Presales is the fact that we never let a customer be out of sight, I would typically visit most of my customers at least once a quarter and try to get feedback about the project “Virtualization” and get feedback on their most loved project.

Most of the customers avoid using the words “Advantages and Disadvantages” as they strongly feel that there are no disadvantages in virtualization at all, however the words “Yin-Yang of Virtualization” bring the reality around “Virtualization” in a much better way. For the uninitiated the  “Yin-Yang” represents the balance between “Good and Bad”, Both the sides chase each other to gain “Wholeness”.

Yin- Yang is typically represented as

“Yin” is the dark swirl whereas “yang” is the white swirl.

Since i like wearing White, lets check out the “Yang” of any “Virtualization” project:

Now lets figure out the “YIN” :

I would like to summarize Virtualization in the following words “The hardest decisions in IT are not between good and bad or right and wrong, but between two goods or two rights”.

On wards and Upwards